David Stern was such a history maker. When I announced in 1991 I had HIV, people thought they could get the virus from shaking my hand. When David allowed me to play in the 1992 All Star Game in Orlando and then play for the Olympic Dream Team, we were able to change the world.

The league wouldn’t be what it is today without you. The entire NBA family and fans around the world will miss you. 💔 #2009Draftday
RIP David Stern🙏🏾 pic.twitter.com/tnSYMsTnjp

Thank you for everything you did pic.twitter.com/pvRwvI5CBp

Thank you David Stern! You changed everything and we’re eternally grateful. Rest In Peace. Lots of love to the Stern family.

I can not put into words what the friendship of David Stern has meant to me but many others. He changed so many lives. David was a great innovator and made the game we love what it is today. This is a horrible loss. Our hearts are with Dianne & their family. RIP my friend. @NBA pic.twitter.com/mbnneqm18s

RIP Commissioner Stern, very sad to hear the news. You did great things for the game of basketball. Someone I always admired. #NBAFamily

The game changed in so many ways under David Stern’s leadership and vision. He demanded the best of everyone because he gave it himself. #Respect Thank you Commissioner. RIP 🙏🏾 pic.twitter.com/veT9GQfrdC

RIP Mr David Stern
The best commissioner to ever do it. pic.twitter.com/SgO0hMX3Ia

Will never forget the words you spoke this day! "With the 7th pick" changed my life forever. Thank you and your family for your leadership and commitment to growing the game of basketball around the World. Forever grateful. RIP Commisoner Stern! pic.twitter.com/o7S4IT54NQ

RIP David Stern, a trail blazer in making the NBA truly a global sport. We can’t thank you enough. Condolences to the Stern Family 🙏🏽

Very sad day for basketball. We saw David Stern a lot in the 90s and I found him to be kind, thoughtful and almost always the smartest person in the room. He was an innovator who helped grow our sport into a global game and his impact will never be forgotten. RIP, Commissioner. pic.twitter.com/FzlJwnJmrK

Today the #NBAFamily lost a legend, a leader that changed our game for the better. A father, a husband, a friend. 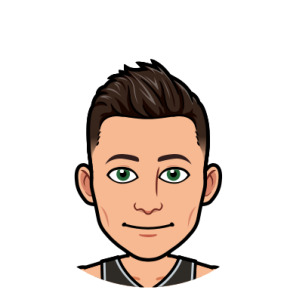